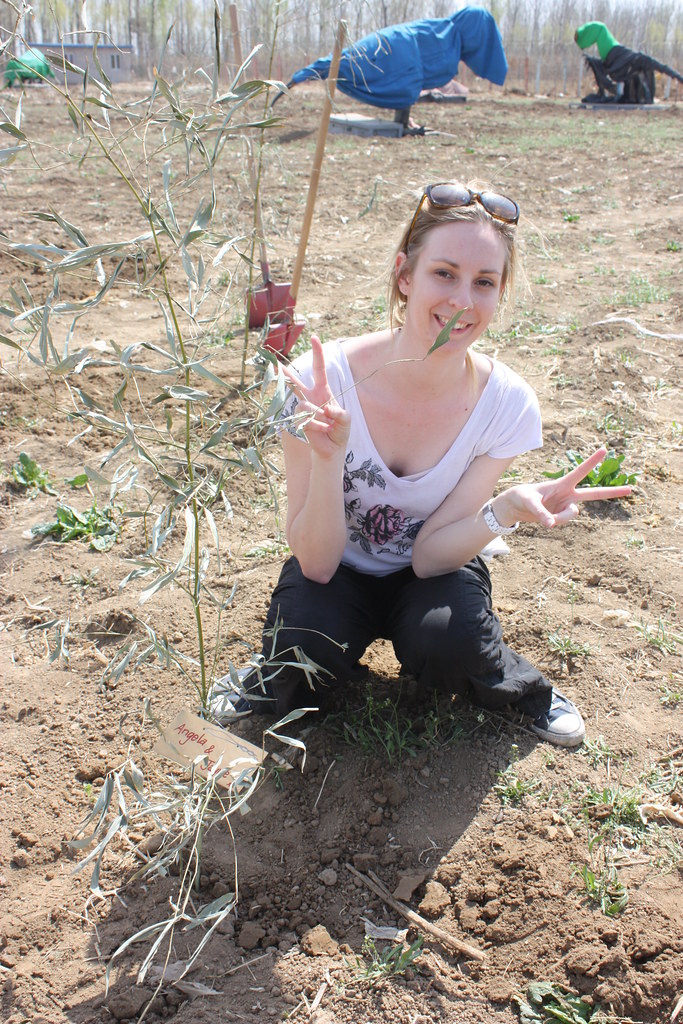 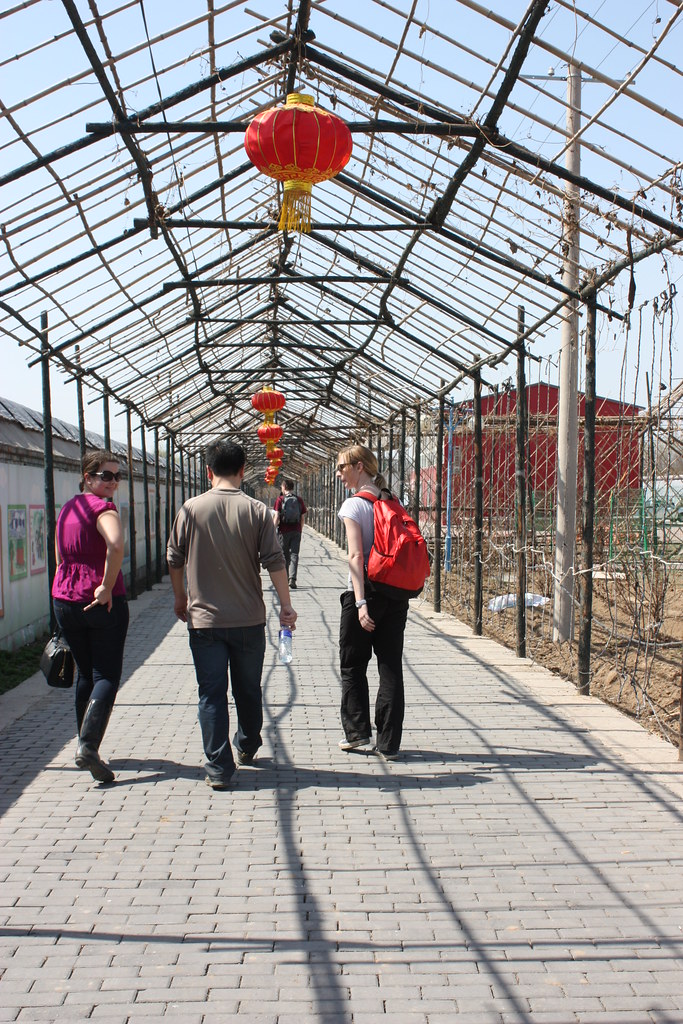 Last year, ImmerQi discovered an amazing charity located in north-western Beijing – Sun Village, who describe themselves as “dedicated to the children of Chinese convicts, fighting for their survival and development; a non-profit and non-governmental organization.”

They have doing amazing work with children across China since 1996 and continue to support kids who, through no fault of their own, have found themselves without a suitable guardian. 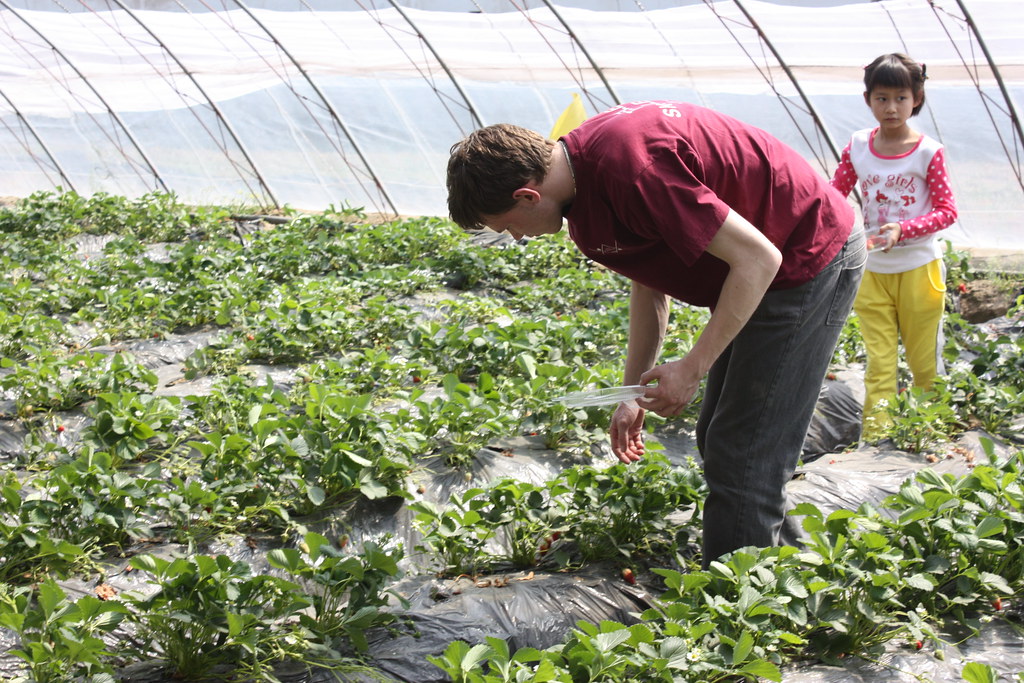 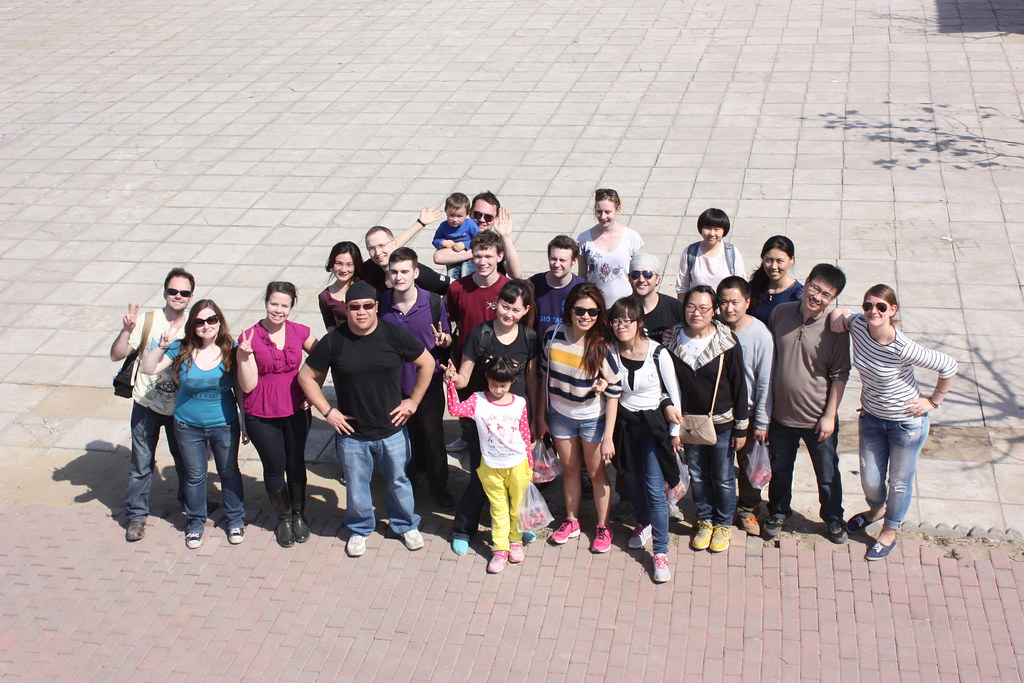 This was ImmerQi’s second tree-planting visit to Sun Village (You can read about our first trip here).
An early start for all, the bus heading to Sun Village departed from Dongzhimen soon after 8am. Joining in with the day’s events was the majority of ImmerQi’s Beijing staff, some friends and representatives from Tsinghua University and a small group of Teach and Travel China program participants.

The journey to Sun village was brief, clocking in at just under an hour, leaving plenty of time for us to explore the centre’s colourful grounds. Upon arrival, we were greeted by a very friendly and informative volunteer from the organization, who proceeded to provide the group with a detailed history of the charity, including its origins and mission, whilst giving us a tour of the site 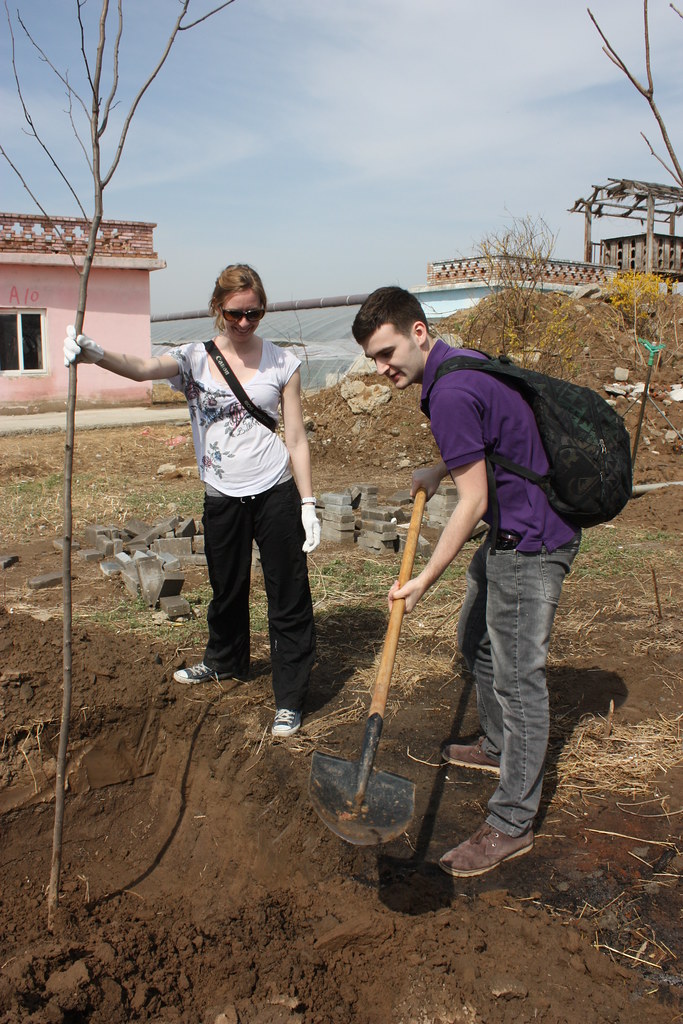 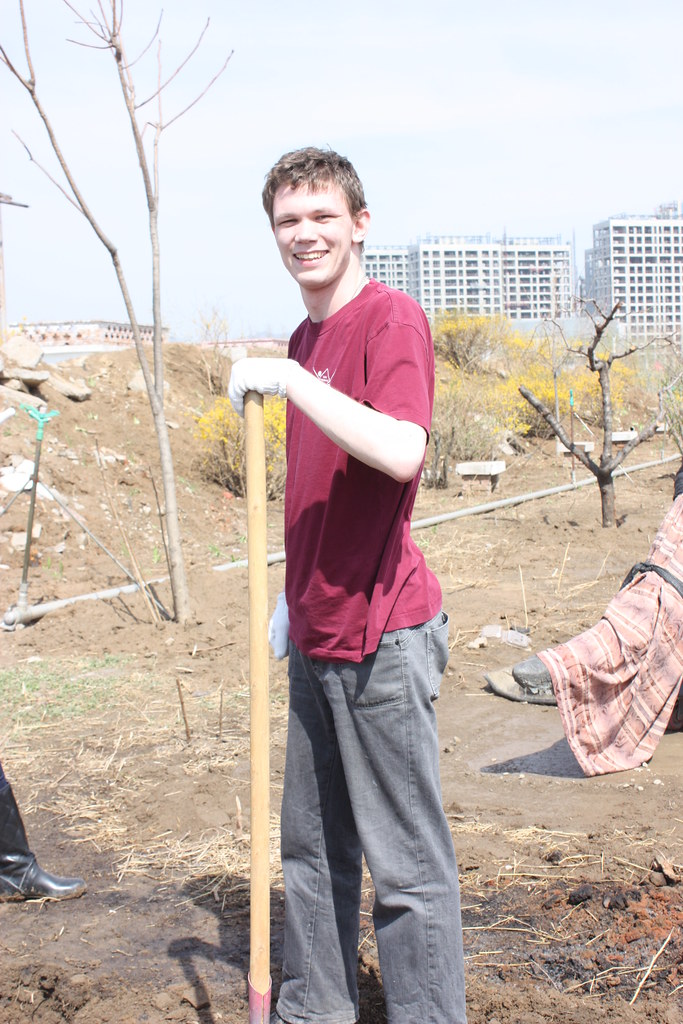 The organisation has been running for a long time and was established by an ex-police officer who, after seeing what happened to the innocent children of convicts, decided to devote her life to providing them with care, education and an opportunity in life. Being a non-governmental organisation, the charity relies mostly on donations, which go towards feeding, clothing, housing and educating the children. 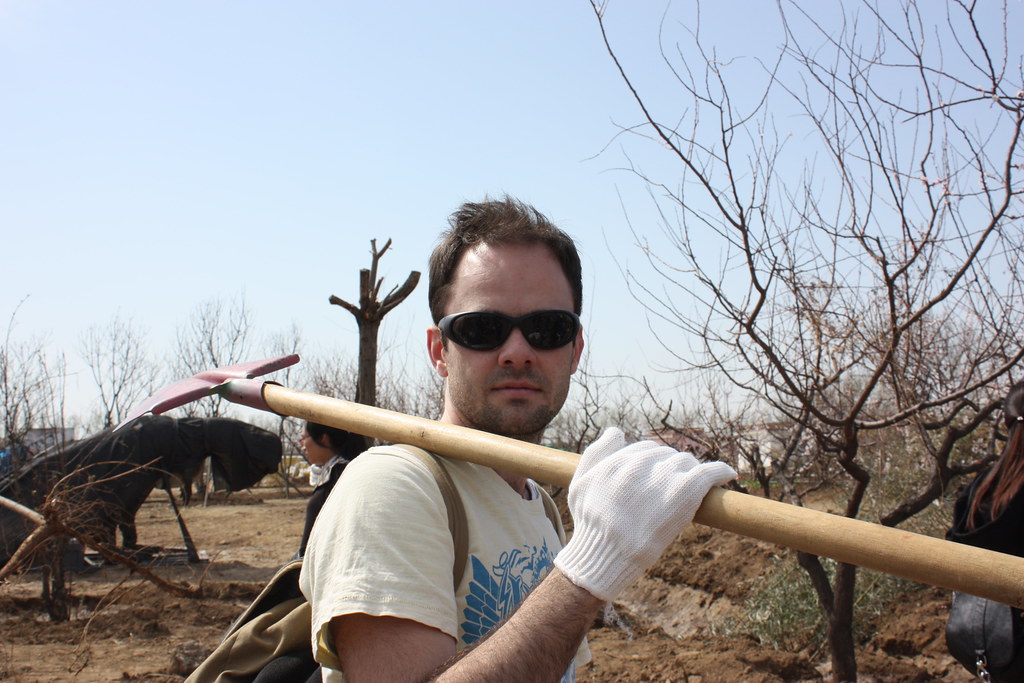 After the tour, it was time to head to the farm, where we would partake in the main event of the day – tree planting! The CSR team had previously been in contact with Sun Village and arranged plenty of trees for everyone to plant! We paid for each tree by way of a donation directly to the charity, amounting to an impressive total of 3000RMB!

We had three different kinds of trees to plant; bamboo, buttonwood and Robinia. Working in small groups, we managed to successfully dig holes, insert the saplings and replace the dirt. With 26 degrees worth of sun beaming down on us (Summer has come early this year!), the work was tiring and sweaty, but rewarding nonetheless. It took the team about an hour to successfully plant all of the trees, after which it was time for a well deserved lunch break.

The food in the canteen was prepared by some of the children from Sun village, who spend a lot of their free time volunteering and earning money for the organisation that has so kindly offered them a chance in life. The children learn many skills living at Sun Village, namely how to be independent and look after themselves.

After lunch, it was time for a spot of strawberry picking! Each box of strawberries cost 30RMB, all of which also went directly to the charity. All attendees filed into the sauna-like greenhouses to fill their boxes with sweet, ripe strawberries.

As the end of our time at Sun Village drew near, we took the opportunity to explore the rest of the site, which was strangely littered with giant model dinosaurs! Apparently, the organisation was planning to turn the farm into a sort of theme park, for which they would charge a small entrance fee to generate more income for the charity.

Exhausted and full of strawberries, we all made our way back to the bus which would transport us to the city centre. After a long, hot and labour filled day, most participants took the opportunity to have a quick nap during the return journey, thus concluding our second tree planting event! 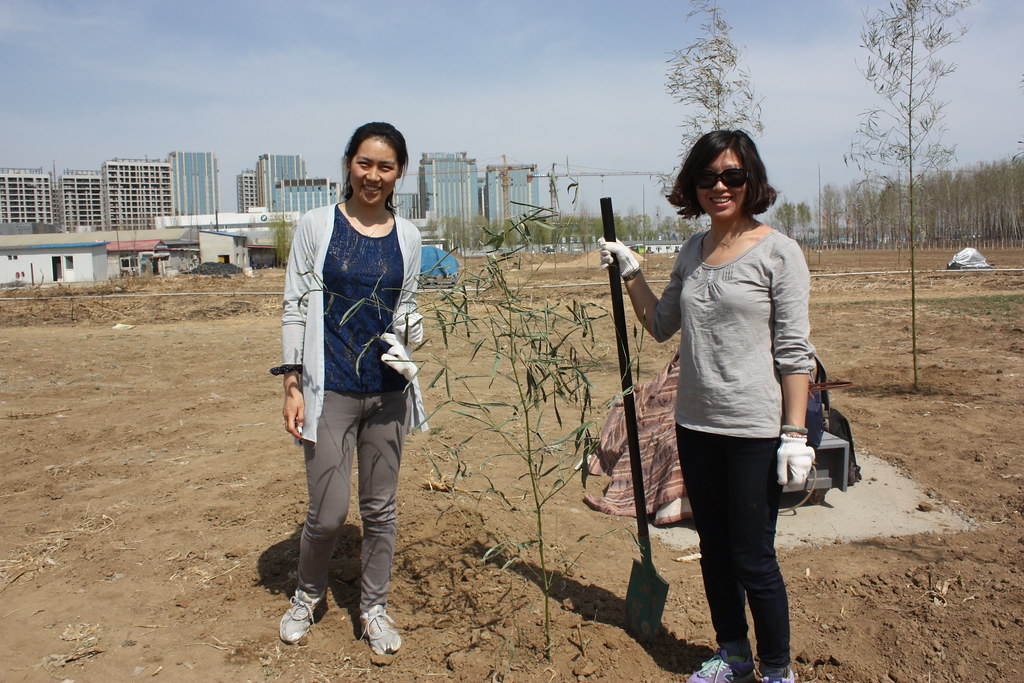